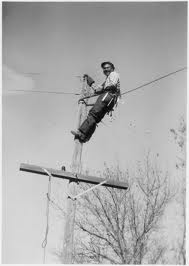 Telecom is once again making a large number of staff redundant. According to Labour ICT spokesperson Clare Curran up to 1,500 people will lose their jobs. This is the result of a planned restructure, although Telecom is not prepared to confirm the numbers. My question is how did Telecom get to a position where they were so overstaffed? You don’t suddenly find you have 1,500 people more than you need on the payroll, do you?

I started my career with Telecom as a Technical Service Officer back in the day when they had 26,000 staff and was part of NZ Post, which all changed back in the late 1980’s. I joined them because at school they taught us that the communications age was on us and I had a fascination for the future from the age of 7 or 8, reading the Science Fiction greats.

I went to Post Office Technical Training School on College Hill in Auckland and enjoyed a phenomenal education, covering all elements of technology from engineering and how transistors work, through to how exchanges work, management and people skills and everything in between. My training included working in the different types of telephone exchanges, working with fault-men, linesmen, cable jointers, engineers, radio and much more. I loved my job. I loved learning and was one of only two people over the years to score 100% in most of my exams.

I recognized early on though, that the ‘system’ that provided people with 40 year gold watch careers was fatally flawed and whilst the education was world class, HR was pretty much non existent. Promotion was based on a system called ‘Reporting’ where each year we were asked to rate, rank and comment our colleagues, who spent the month before, almost like politicians going to all the colleagues, saying “I’ll give you a good report if you do the same for me.” 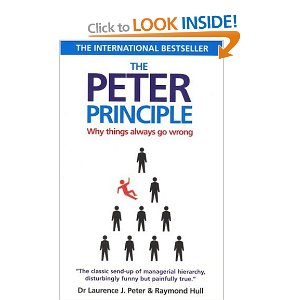 I saw totally incompetent people rise to the top of the flock, whilst others continued to work their 24 hour shifts who really should have been making the move into management, because they had the people skills, experience and the ability to take on senior decision making roles. That was my second experience of the Peter Principle, the problem was that it wasn’t one off, it was institutionalized. Telecom was an old school Government Department and whilst many of us worked very hard, those who didn’t want to, could graze on the effort of those who did. If the organisation was better managed and only staffed by people who wanted to work, we could have easily cut 5,000 from the staff without significant reduction in productivity.

I left Telecom at the time, because I wanted to grow into a management career, but I also wanted to be working in the industry with a company that was forward thinking and fortunately I found  7 year career opportunity at Tait Electronics, who I subsequently left to move to a more senior level in another ICT company.

After I left, Telecom made many of my colleagues redundant. 6 months later they found out they couldn’t function without their skills and brought many of them back as contractors (some of whom stayed for more than 10 years) on a significantly increased pay scale. They did the same jobs, but as self employed people, and it cost Telecom much more.

There seems to be, in my opinion, a major problem that creeps into corporates. The bigger they get, the more politics comes into play, just as it did back in the day. They become inefficient, decisions are often made in the interests of senior people, rather than in the interest of the company. They add on staff to grow empires and create division after division of people to fill roles that aren’t necessarily needed, often at the cost of other areas that are not well served.

Telecom spokesperson Andrew Pirie told Stuff that “while job reductions would occur across the board at Telecom, many of the cuts would be to middle management functions in administrative areas such as finance and human resources.” That begs the question of why there are so many people in those roles in the first place. I can understand that there could be a couple of dozen people in a company of that size that from time to time need to change roles, departments or as focus changes, may find their positions redundant. I have to ask though, how does a corporate get to a position where they have 1500 people more than they need?

Who is responsible to the shareholders and the staff for allowing this to happen? Are the shareholders asking questions as to why their share value is going down, if those staff were redundant, why were they employed? What has changed? The classic result then would be that someone will have to fall on the sword, but I think perhaps the discussion should start with Minister Steven Joyce asking some serious questions. Problem is, he’s still asking questions about Novopay. Don’t get me started on our education system. I’ll leave that for another day’s soap box about how we are paying lip service to the importance of the future of our children, tomorrow’s leaders and the teachers who we have been let down so badly, but continue to serve for the sake of the children.

So the good news is that Rod Drury of Xero and Ian McCrae of Orion Health are looking for quality staff and are struggling to find them here. The bad news is that Telecom is saying that most of the people being made redundant aren’t the ICT people that Rod and Ian want.

10 thoughts on “Why is Telecom Making 1500 staff Redundant?”