Motor vehicle crashes are part of every day life and I have an interest in what causes them and how to reduce them. I’ve been listening to a podcast by Dave Wallace, the Traffic Safety Guy, called Highway to Safety. 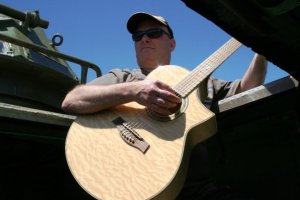 From a Bradley to a Civy Street

Something I have heard of previously but isn’t front of mind in New Zealand because we are a small country with a small defense force, is what happens when you take someone who has spent 18 months in a combat zone, where they literally have to make split second decisions, and when they come home they pop into the family car to go out for a drive.

When we learn to drive, we learn to look out for animals, for kids running our from behind a bus or an SUV or for drivers of other vehicles driving their cars in an unusual manner, all of which are common day occurrences.

Now take hardened, combat ready veterans who have seen innocent looking situations turn into death traps, where sub second muscle memory instinctive and instant actions can save lives. That family pet lying on the side of the road at home could be a sleeping pet, but in the combat zone, could be a booby trap.

According to a 2009 Army study, quoted in the podcast, Iraq and Afghanistan veterans are 75% more likely to die in car crashes than the general population. In fact from 1999 through 2012, 4,423 active military personnel died in non combative crashes.

I can’t imagine what it must be like re-integrating between or after terms of duty, but it makes total sense that there is a problem and it is being addressed. A Home Safe, Drive Safe campaign is being adopted by the various sectors of defense in training offered to service people when they return home.

As you will hear in the brief PSA video by Nascar driver Richard Petty, more returned veterans die in their first year back home in motor vehicle crashes than for any other reason.

This is something I have never considered. We hear about all sorts of adjustments people have to make, but next time I hear of a returned soldier who has had a serious accident as a consequence of responding to a situation that would for most of us be a non event, I’ll be wondering if the have had that part of the debrief and are conscious that they are not in a war zone.

So from someone who has never been in that situation, but enjoys living in a free democratic country, I say “Thank you for your service, we want you to stay alive, safe and well. 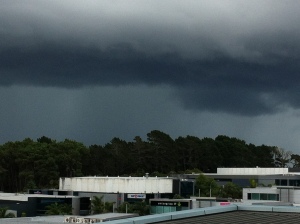 So here we are in 2014. If you watch the news there have been extremes happening every year and 2013 was no exception. Want some details? Check out this collection of stories from The Guardian.

There have been lots of international meetings such as the recent one in Warsaw, but what is happening?

Does it matter? Maybe you figure it won’t be a problem in your lifetime, but do you have children? Grandchildren? What will become of them if the sea level rises?

My home is in a once in a 100 years flood zone, low risk hopefully, but still a risk. Many of our roads have sea water spraying over them during king tides now, what will happen if sea levels rise?

A lot of people scoff at global warming, especially when we are experiencing extremes at both ends of the scale, hot and cold. There is no denying that storms are becoming more aggressive and it seems like every day there is a flood or storm somewhere. Let’s just look at right now, today:

Recent research suggests global temperatures could increase by 4 degrees by 2100. I won’t be around, but my grand children will be. If that happens and the sea levels rise, New Zealand will be interesting. We have already agreed that the people of Tuvalu can live here, but they are just one of the islands at risk.

But lets think about coastal mega-cities. We watch TV films depicting what life will be like, but we see them as Hollywood thrillers, not reality, yet we see news stories every day about erosion claiming coastal properties. What happens to cities that are on reclaimed land, or low lying cities. I’m not talking about my fatherland of the Netherlands, but how about Auckland, Sydney, Los Angeles, Manila or Mumbai?

Changes are happening, but some countries are still burning coal like there is no tomorrow (pun intended). We didn’t introduce emission testing in New Zealand, I was told because it was too expensive. We have a small population so can’t afford to do much, we are raising the height of some motorways which is good.

When I was in New Orleans last year, they were flat out raising the levees on the Mississippi, ironically at a time when the levels were so low that some of the river boats couldn’t make their usual trips. It’s mostly cleaned up now, but there is still plenty of evidence of the devastation caused by Sandy.

Of course it’s not just about super storms, or flood plans it’s about climate change. Weather patterns means changes to agriculture, movement of work forces, major disruptions to supply chains, problems with fresh water availability, I’m enjoying the longer summers, but I have cracks in fences and in the ground from last year that didn’t move back over winter.

This was just a bit of a ramble really, but climate change is something we need to think about now and we need to think about it starting in our own back yards. How are you going to be prepared, what will it mean for you? Are you ready for the next big storm? Are you ready for a tsunami? Do you know your evacuation route? Do you have an emergency plan? Do you think it will always happen to someone else or that it isn’t your responsibility?

Here’s a last thought from close to my home. In Australia this week, they are predicting potential temperatures of up to 50 degrees C. Last year Australia had the hottest weath, jobs, er in over 100 years. The thing is we are hearing these sorts of stories every year now. That means fires, that means lost lives, it means lost homes, jobs, businesses.

This is what happened in Australia at 30 degrees, imagine what 50 degrees could mean?