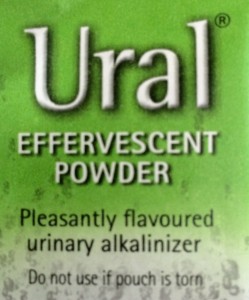 As I was sipping my pleasantly flavored urinary alkalinizer this morning,  I was thinking back to yesterday. Because I had a few radiation free days over Christmas, I had to go in to the hospital twice for my photon blast. Sounds a bit like a cocktail drink doesn’t it. Maybe I should invent one when I’m better. It’ll be a purple drink that will knock your socks off.

When I got home after the second bout I was planning on playing guitar or something but I didn’t really have the energy to do anything.

It’s an odd feeling. I was expecting to feel tired and I did, but its a different type of tired. The radiologist defined it quite astutely this morning, if not a little close to the subject of attention, when she said “A lot of men find themselves feeling knackered when they have two doses in one day.”

In my part of the world knackers are slang for testicles if I need to be any clearer, but in this sense it relates to the exhausted state at which horses or other livestock are no longer of any use to their owners and are sent to the knackers yard to be rendered into pet food or other items of greater usefulness.

Anyway, I was feeling a little more energetic as I got changed this morning for day 19 of my treatment. Back in the groove as it were, getting into my lava lava, chatting with others in the waiting room and then heading for LA 3 to watch the purple light on the radiation machine spin around my torso.

I feel like I should be doing something like walking, or painting the fence. But I might have to be a bit like rally driver Possum Bourne’s uncle who I used to work with at Tait Electronics. He said to me that whenever he felt like going for a run, he would lie down until the feeling passed.

I have written a speech this morning, which I hope to be allowed to give at a dear friend’s wedding next week, so I haven’t totally wasted the day.

Anyway, I hope you’ve all had a great Christmas and wish you safe travels if you are heading away to celebrate New Year’s Eve. I have 3 days off treatment and will be joining the throng heading for the winter-less north, although I have been receiving weather forecast emails containing severe rain warnings. Not a problem though, I’ll have a guitar or two with me and good company. I wrote the song Raglan Rain on just such a trip. Maybe my muse will come with me.