Last week I had the privilege of attending a training program run by Martin Fenwick, author of The Change Factor: Insights For Leaders of Change. As a subscriber of my blogs including SoLoMo Consulting and The Future Diaries, you will know that change has been a major motivating factor in my life as a futurist, right back to the promise made to me and my contemporaries, that my problem in the future would be what to do with my spare time, as automation took care  of the majority of our human workloads. 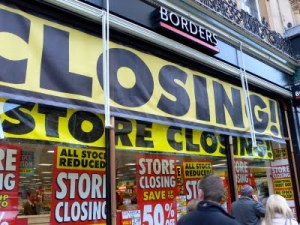 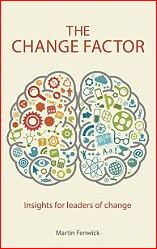 I am passionate about change and the need for traditional businesses to embrace and create change, less it be foisted on them by a competing business model. Some examples of my thoughts on the book industry that you may have previously read are here.

Anyway, I am also passionate about languages and particularly the English language, whether it is new TXT language which can have me ROFLMAO, grokking people or in this case we were wondering if there was a word gruntled, being the opposite of dis-gruntled. One of my colleagues checked on her iPhone and sure enough, there is such a word and it is in all the dictionaries.

I was interested to read on Merriam-Webster that it was first known to be used in 1926. I thought it would have gone back way farther. Never mind. The conversation went on to influence and we thought it would be interesting if we could get other people using it. I, typically suggested that I would see if I could spread it’s use with a #hashtag, which I have duly started doing. So if you look for #gruntled it is likely to stem back to a tweet or a Facebook post from me, which was motivated by the training session with Martin Fenwick.

Why bother? Why do people do flash-mobs or climb mountains? Because it can be fun and interesting. One of the things that really interests me and that I frequently research is fads and trends. How do they start? How are people influenced? What makes some things work and others not? How can you get people to do things that are good for the community (such as pay attention to recommendations about real time traffic and helping avoid congestion).

So here’s your task. Leave a comment or post a tweet with the hashtag #gruntled. RT or share this post and lets see if we can’t get people using the word. It could be a great conversation starter for you. I’m feeling gruntled today, how about you? If you think it’s a cool idea, tell him so on Twitter. Let him know you’re pretty gruntled about it.