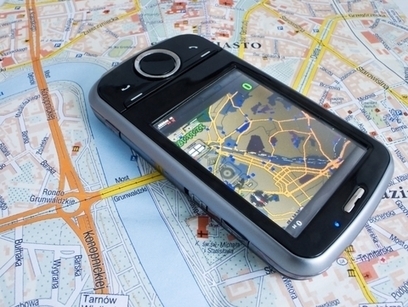 First of all I’d like to give you a quick update on the personal tracking unit I’ve been testing. It’s going really well. Please note I do not work for the company who is developing it, although if they go to market they will be using our mapping data, which I have been testing it with.

So I have tried it out in various parts of the country and it can track me wherever I go. If you had the logon and password to my account you could see where I have been on a map. You can play back my travels around Auckland, Wellington and Christchurch. When I was in my car you could see emergancy button

how fast I was driving and my exact route.

If I hit the red emergency button a text message gets sent to a phone (in this case mine). I had it sent to my wife when I first set it up because then she cpould see what I was up to and I thought that would be interesting. Stupid really because I couldn’t see if it was working and she was geting really worried because on some days she would get lots of messages saying that I had an emergency.

Basically the message gives my name and says I had an emergency. If I was inside at the time I sent the emergancy it gives the last known street address, which is usually the correct address because it has a movement sensor and will take a fix every time the device moves which obviously was set off last time I got out of the car. It uses the GeoSmart Reverse GeoCoder to retrieve the nearest street address to the co-ordinates where it was taken. The reason it gives the last address, is because with current satellite technology it can’t get a fix inside the house unless I am in an optimal position. This will of course improve when the Gallileo

It operates as a phone so a call centre can call me if they think there is a problem. It also can function as a phone with a number of preset buttons, which is great for elderly people who only have a few people they need to ring and find mobiles confusing.

A footnote on Orcon, I got a call today saying that they are onto it this time. They said the engineers that have been visiting don’t have sophisticated enough test gear to test a phone line for interference that wouldn’t affect phones and event ordinary ADSL. So hopefully I will see an engineer, at least this time they phoned me:)