There are some changes to the Road Code coming up on the 25th of March and it scares me to think of how many people can’t or don’t obey the road code as it stands without adding to the confusion. Here’s my experience of driving to work this morning in Auckland this morning, yes this is a soap box blog today, but it may have a correlation with why panelbeaters are doing a roaring trade right now.

I was waiting to go straight through a roundabout. Two cars indicated right turns about 20 metres apart, so I waited to let them through. Neither car turned, they both went straight ahead. They should have been indicating left turns to show they were exiting the roundabout.

I got to the motorway onramp which was managed by the traffic lights designed to keep the flow going on the motorway itself. A guy in a Suzuki Swift in front of me had a gap of about 10 metres in front of him and kept stopping. I changed lanes and yes, the tell tale sign was correct, he was busy texting on his phone and occassionally looked up to see if anyone had moved. When he got to his turn of the green light, he totally missed it and had to wait for another cycle.

But wait folks there’s more, 2 more cars at the same set of lights missed their greens as well, didn’t see them at all. Of course that was the signal for people at the next set of red lights to ignore them when they got their turn, obviously justifying their action because if the idiots who couldn’t stay off their phones were paying attention, they would have already been on their way. 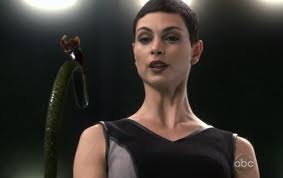 So I’m off the motorway and onto the home straight where 2 lanes merge into one. We are all merging politely when all of a sudden a van comes out of nowhere and brakes hard just in time to miss my car and the car that was merging to my side. I swear the blonde who was driving must have a double jointed neck or a really long one like Anna in the TV series V because as she breaked her head popped up from above her glove box on the passenger side. Maybe she had to accelerate because she couldn’t find something she was looking for, but it would have been a nasty injury if she had waited a second longer to pop her head up to windscreen level. I haven’t mentioned people talking on their phones, eating breakfast and other things they do in commuter traffic because it see this is now normal acceptable behaviou, but this does illustrate to me why people should re sit their licenses so they are aware of what their legal responsiobilities are and we can reduce the number of needless daily accidents and incidents. Just my opinion of course.