Following on from my blog on my second float, way back all those years ago, I made some notes four days later. Take them as you will. From 29 September 1987:

“It must be having an effect. Today was an extremely hectic day. I was writing proposals and attending meetings at a frantic pace. I was suffering from heartburn (turned out that I had a duodenal ulcer) by midday and finding it almost impossible to unwind.

Yet, although I am exhausted, my jaw is tender from clenching my teeth and I have a slight headache and despite the issues going on behind the scenes at work, I am feeling unusually cheerful.

I also feel as though my head is clearer, memory access improved and my thinking power is enhanced.

I will treat these impressions with a grain of salt, because I can’t prove that this is from the float, but I don’t have any other explanation.

I still get this strange feeling in my right temple region. It is a positive feeling, almost like a vague pleasure twinge. Unfortunately I can’t really describe it other than like a gentle ongoing endorphin flow. 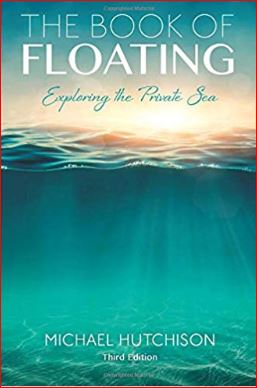 The current edition available from Amazon

I have just been reading in ‘The Book of Floating’ by Michael Hutchison, that as a result of various studies by researchers including Roger Sperry, Michael Gazzaniga and Joseph Bogen, it was demonstrated that “Not only does each hemisphere of the cortex have its own consciousness, thought and its own memories, but that the two sides think or operate in fundamentally different modes”.

This is exactly what I experienced after my first float, in the differing perspective and ‘stereophonic or divided brain thoughts‘ relating to the distance from my eyes to the ground. At the time I put it down to a natural high induced by the increased flow of our naturally produced opiate.”

However, if you watch this video, perhaps as with early research using float tanks, illustrated in the movie ‘Altered States’ you will see there is some interesting theory which suggests we have a lot more concurrent thinking capacity than we consciously use. This is something that David Kadavy seems to be promoting.

Reading this back, I sound a bit like Sheldon from Big Bang Theory and I admit I will always be a bit of a geek. I was listening to the October 31 Born to Write podcast this morning from Azul Terronez interviewing David Kadavy:

David Kadavy is a creative entrepreneur and author of Design for Hackers: Reverse-Engineering Beauty (which debuted in the top 20 on all of Amazon), The Heart to Start and multiple “short reads.”

It reminded me of some of my early school days, like when my teacher got fed up with me correcting his misinformation once too often and picked me out of my seat and threw me across the room in front of the entire class. I understand his anger. I was always catching him out. Just as well we didn’t have Google back then. I’m a bit OCD when it comes to learning and using what I learn. From my earliest memories, I was asking ‘why?’ in Dutch, English, French, German and Hungarian at about the age of 4. Our brains are almost limitless vessels saying fill me with information. The more information we have, the more we can see patterns in disparate areas and realise that ultimately as Hawking would have put it, everything is connected.

Anyway, that was the four days after my second float. It continued to deliver benefits days after.

If this is boring, skip my next one in this series about my third ever float. (Don’t worry this won’t continue to my 200th! lol) As I mentioned previously, if it does peak your interest. Check out Float Culture in Auckland or find a float tank centre somewhere near you.