Via Scoop.it – Location Is Everywhere

Google starts charging for its maps, and developers jump ship.
Via www.technologyreview.com

Via Scoop.it – Location Is Everywhere 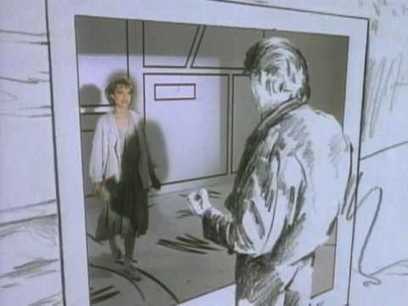 For mobile games, dozens of location-based gaming startups have popped up in just the last few months. From zombie invasions to mob wars to Pokemon-inspired, these games will connect virtual worlds to real life by taking …
Via blog.betable.com

It seems somehow appropriate to parody Sondheim at this time. For a number of years now I have been waiting to see what the Green Party would do in New Zealand, especially with an election coming up. I’ve blogged extensively on the poor state of our lakes and waterways, the apparent lack of management of dam capacity and maintenance and the continued practice of feeding Aucklanders water from the Waikato River.

I’ve complained about our eagerness to send money based on the Kyoto Protocol offshore instead of spending it on restoring New Zealand to the clean green country we like to tell the world it is. Above all I get really frustrated that we still don’t have a policy of interest free loans for solar power with feed in tarrifs allowing us to sell excess power generated back into the grid. So with the latest election coming up I don’t mind telling you I gave the Greens my Party Vote.

I have to be astounded that they didn’t take this opportunity, the best in their history to become part of the Government in this MMP environment. No, they said they would not back John Key on Supply and Demand. Sure they are strongly against asset sales, but that is only one policy albeit a huge one. They could have found imho a middle ground which would have National supporting some real green policies and sustainability and made a serious difference with their 11% vote and 14 seats! I have to wonder if their ideology is more important than their policies. Are they now going to focus on being a jeering opposition in the house, or will they fight for my feed in tarrifs, making the rivers drinkable again, encouraging green and sustainable urban development, enforcing emission control etc? Are they going to show respect for the people who voted them in by concerted positive action or be the jeering laughing annoying opposition party there to undermine our Government and hold us back until the next election.

So back to Sondheim:

Is this a fair

You here at last on the ground

Send in the Greens

One who keeps tearing around

One who won’t move

Where are the Greens

Send in the Greens?

The one that we wanted was you

With your usual flair

Sure of your lines

No one is there.

My bad I fear

I thought you’d want what I want

But where are the Greens

There ought to be Greens

Quick send in the Greens

Losing their timing this late

And where are the Greens

Quick send in the Greens

There are some changes to the Road Code coming up on the 25th of March and it scares me to think of how many people can’t or don’t obey the road code as it stands without adding to the confusion. Here’s my experience of driving to work this morning in Auckland this morning, yes this is a soap box blog today, but it may have a correlation with why panelbeaters are doing a roaring trade right now.

I was waiting to go straight through a roundabout. Two cars indicated right turns about 20 metres apart, so I waited to let them through. Neither car turned, they both went straight ahead. They should have been indicating left turns to show they were exiting the roundabout.

I got to the motorway onramp which was managed by the traffic lights designed to keep the flow going on the motorway itself. A guy in a Suzuki Swift in front of me had a gap of about 10 metres in front of him and kept stopping. I changed lanes and yes, the tell tale sign was correct, he was busy texting on his phone and occassionally looked up to see if anyone had moved. When he got to his turn of the green light, he totally missed it and had to wait for another cycle.

But wait folks there’s more, 2 more cars at the same set of lights missed their greens as well, didn’t see them at all. Of course that was the signal for people at the next set of red lights to ignore them when they got their turn, obviously justifying their action because if the idiots who couldn’t stay off their phones were paying attention, they would have already been on their way.

So I’m off the motorway and onto the home straight where 2 lanes merge into one. We are all merging politely when all of a sudden a van comes out of nowhere and brakes hard just in time to miss my car and the car that was merging to my side. I swear the blonde who was driving must have a double jointed neck or a really long one like Anna in the TV series V because as she breaked her head popped up from above her glove box on the passenger side. Maybe she had to accelerate because she couldn’t find something she was looking for, but it would have been a nasty injury if she had waited a second longer to pop her head up to windscreen level. I haven’t mentioned people talking on their phones, eating breakfast and other things they do in commuter traffic because it see this is now normal acceptable behaviou, but this does illustrate to me why people should re sit their licenses so they are aware of what their legal responsiobilities are and we can reduce the number of needless daily accidents and incidents. Just my opinion of course.