It’s election year next year and the National Government has announced petrol tax increases to start in July this year. Now I don’t have a problem in principle with user pays, although after the report by the Ministry of Transport earlier this year, it doesn’t look like things are going to improve, in fact we are likely to see mid day traffic congestion (don’t we already have that?) in Auckland, as well as the morning and evening commutes.

There doesn’t seem to be a lot of encouragement for people to work from home although that would ease the pressure on congestion. Auckland Council seems dead set on high rise housing in the Auckland Unitary Plan, but at the same time they are building new homes in areas like Long Bay as quickly as they can, with no sign of increased road capacity for the 2500+ homes to be built. Don’t get me wrong, I’m not against high rise as long as it is done smartly, without taking sun away from existing properties and it is part of an environment which includes amenities that encourage people to work, live and play in a safe healthy environment.

Wouldn’t it be great if those homes all had solar panels on their roofs and were able to sell excess power back to the power companies. Even better if they could get interest free loans to cover the cost. This last long hot summer would have been able to generate massive amounts of power for water heating etc. It’s funny that when I built a minor dwelling next to my last home, I had to install an ugly water tank to capture rainwater and allow it to trickle into the stormwater system from the roof, which I could of course also use for the garden, but there were no options with regard to using renewable energy.

I was listening to the Peggy Smedley Show podcasts as I do each week and she recently interviewed Nick Bitterswyk CEO of Urban Green Energy, who mentioned that great things were happening in areas like solar power in Australia and New Zealand. He was right about Australia, which is going gangbusters with finance and feed-in tariffs, but clean and green New Zealand is not. We do not walk the talk when it comes to renewable energy as you can see on the web site at EECA.

At a recent home show I visited every exhibit where they were selling domestic solar power solutions and asked about the ability to sell surplus power back to power companies. They said that it was not happening, that the utility companies were not supportive or interested. They said that they and the Government have their own agendas when it comes to power generation.

Now we have a large reliance on hydro and geothermal power. Much of our power in the North Island comes from geothermal power sources in the Taupo region, such as Wairakei. I wonder what would happen if we had a major eruption and this source of power dried up. What would our back up plan be? What if we had another drought similar to the one we had this summer and the lakes were too low to provide sufficient energy. You can’t suddenly roll out a solar energy plan at the last minute.

I urge Kiwis to consider solar power and feed-in tariffs when thinking of who to vote for next year in our national elections. This is not a new topic, I have blogged about it several times. If a disaster happens, will the Government say they could not have foreseen this situation? I don’t think so, it is a choice. I’m hoping that at least the Green Party will think about this as part of their election manifesto. Actually where are the Greens? They do appear to have a policy on feed-in tariffs, but its pretty hard to find.

So if you were able to get an interest free loan to put solar panels on your home and the ability to use that power when you needed to and were able to sell power back to the grid for a rebate at fair market pricing, would you take advantage of it? I welcome your comments. 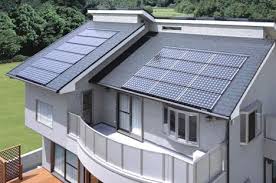